A lot of people who struggle with depression are told it is the reason for their physical suffering. In fact, it’s exactly the opposite: physical health issues almost always cause depression.

Depression is a result of saturation with EBV neurotoxins, which inflame the vagus nerve. Increased levels of toxic heavy metals in our food and in the air we breathe saturate the brain, altering and blocking release of neurotransmitters such as dopamine and serotonin that are implicated in our mood. All this culminates in a depressive state.

If you suffer from depression, it is ideal to avoid a number of triggers that can create a sensitive, weakened, and depression-prone nervous system. Neurotoxins are a major trigger, as is MSG, which many packaged food items contain. Some protein shakes and natural herbal teas also contain MSG, which is very dangerous because it creates lesions and puts a strain on your nervous system, exacerbating depression.

To start healing from depression, you need to understand that glucose and mineral salts power the central and peripheral nervous system. Glucose in fruit and naturally salty veggies give your brain and nervous system energy.

According to Anthony William, cilantro (the fresh herb) is very important. Apart from having a very high content of beneficial vitamins, such as vitamins A, K and E, cilantro gets heavy metals and other dangerous substances out of your body, and when your body is freed of these, depressive symptoms begin to subside. William says, “When I talk about cilantro, I don’t mean just a sprig of cilantro. If you’re dealing with depression, you make this kind of like a lifelong thing.” He places cilantro at the top of the list of best foods to battle depression and encourages consuming as much of it as possible and as often as possible.

You can add cilantro to salads, juices, smoothies, and smoothies. William finds cilantro to be a great way to get mercury, pesticides, and herbicides out of your system. 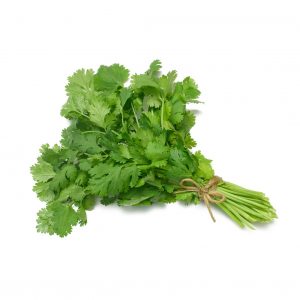 Raw spinach helps with depression a great deal. To get maximum benefit, the spinach needs to be raw. You can make a raw spinach soup or have a spinach salad – for the soup, just mix the spinach with some tomatoes, fresh herbs, and a squeeze of lime in a blender. That’s one way of consuming it. Spinach helps because it has huge amounts of chlorophyll, which is highly bioactive and binds with lots of poisons in the body, thereby eradicating them. 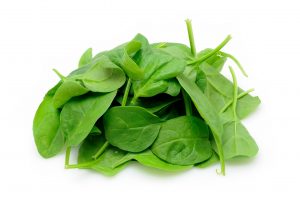 Few things are better for depression than walnuts. If you’re feeling depressed, don’t skip them – you don’t need more than a handful a day. If you eat them daily without skipping any days, the depression will likely start to subside. 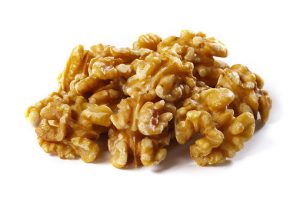 Many experts believe Wild blueberries are an incredible, natural antidepressant. This fruit is really high in polyphenols, which eliminate poison in the brain, repair emotional damage and injuries, and repair the physical parts of the brain. They have to be wild, not cultivated; the latter are not as effective. Wild blueberries can be bought in the frozen section at your supermarket, or online as Wild Blueberry Powder. The brand “Vimergy” provides a quality product of this. 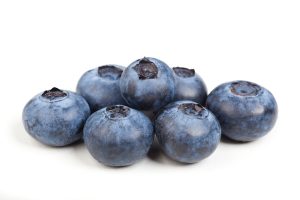 Oranges are great for depression irrespective of its severity. They are low in calories, full of nutrients, can help to lower our risk for many diseases as part of an overall varied and healthy diet. Orange trees are actually the most frequently cultivated fruit trees in the world. They are a popular fruit because of their wide variety of types and diversity of uses, their natural sweetness, and their great taste. They can be consumed in juices and marmalades or as slices – just make sure they’re not candy-coated and that no additional sugar has been added.

A single orange has over 60 flavonoids and 170 different phytochemical’s. Many of these have been shown to have anti-depressive, anti-inflammatory properties and strong antioxidant effects. 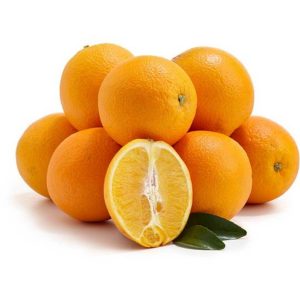 Sprouts clean the liver and clear and detox the brain. Brain and liver detox are very different, but sprouts can detox both. You can eat sprouts in a variety of ways. They are easy to include into a variety of dishes. For instance, you can eat them in a salad or raw in a sandwich. They are also easy to add to soups, stir fries, rice dishes, omelettes, freshly made burger patties, and other warm dishes. Other interesting uses for sprouts include grinding them into a paste to spread on bread, veggies, or crackers or blending them into smoothies and pancake batters. 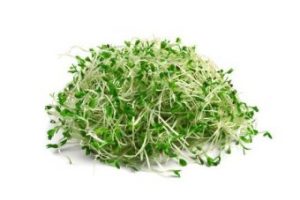 Avocados have nurturing elements, helping us deal with the emotional blows we receive over time throughout our lives and the resulting depression. This beautiful fruit heals. It’s even been compared to breast milk for babies. Avocados heal on multiple levels: emotionally, cognitively, and physically. 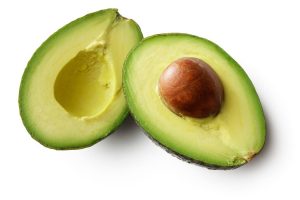 Hemp seeds are a fabulous food to overcome depression. They are technically nuts and are highly nutritious. They have a mild, nutty flavour and are often called hemp hearts. They’re very filling because they contain over 30% fat. They are particularly rich in two essential fatty acids, linoleic acid (omega-6) and alpha-linolenic acid (omega-3).

Hemp seeds are also a great source of protein, as over a quarter of their total calories is from high-quality protein. That is much more than similar foods like flax seeds and chia seeds, whose calories are 16–18% protein. Hemp seeds have a high gamma-linolenic acid content, which has been linked to lower incidences of depression among other health benefits.

Hemp seeds are also a great source of vitamin E and phosphorus, sulfur, potassium, sodium, calcium, magnesium, iron, zinc, and other minerals. They can be consumed cooked, raw, or roasted. Hemp seed oil is also very good for your health. The Chinese have used it as food and medicine for at least 3,000 years.

Interestingly, hemp seeds provide roughly the same amounts of protein as beef and lamb — there are over 10 grams of protein in 30 grams of hemp seeds, or 2–3 tablespoons.

Hemp seeds are considered a complete protein source, which means they contain all the essential amino acids your body needs. Your body cannot make these amino acids by itself. It has to get them from an external source.

Few plants rank as complete protein sources because they often lack the amino acid lysine. Another example of a complete, plant-based protein source is quinoa.

What is more, hemp seeds contain high amounts of the amino acids cysteine and methionine, as well as very high levels of arginine and glutamic acid.

It’s much easier to digest hemp protein and for the body to break down the protein into the amino acids for utilisation – much more so than protein from all meats, and many grains, nuts and legumes.

Spirulina, a green powder, removes heavy metals in the brain, thereby alleviating depression a great deal. According to William, wellbeing can change for the better by a great deal through the continual use of spirulina. A quality type of Spirulina is Hawaiian Spirulina. 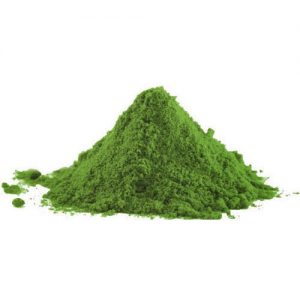 This product is an amazing source of potassium, which helps regulate electrolyte balance and manage blood pressure issues. Potassium-rich foods like pumpkin seeds and bananas can alleviate symptoms of stress and depression. Pumpkin seeds are also an excellent source of zinc, which is crucial for brain and nerve development. The brain stores the biggest depots of zinc in the limbic system, which is the area implicated in emotional development. 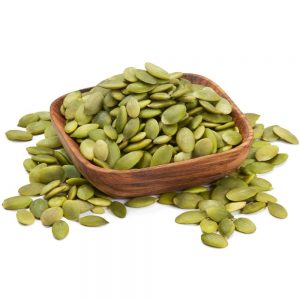 Of course, a healthy diet doesn’t have to be limited to healthy food. There are some really great supplements you can take if you’re suffering from depression.

Nearly everyone is deficient in the right kind of B12, which is an excellent supplement for depression and improving nervous system health in general. The “right” kind of B12 is one with the right blend of methylcobalamin and adenosylcobalamine, that the body is able to properly use and absorb; even if your blood test shows that you have sufficient levels of B12, it doesn’t necessarily mean that it’s the type of B12 that your body can properly use and absorb. “Vimergy” also produces an excellent quality B12 in liquid form.

This supplement augments the endocrine system and helps fight off viruses. Ester-C is a type of vitamin C that’s really good for neurotransmitter support and the adrenal glands. Those who want to buy liposomal C should make sure it is derived from sunflower seeds.

Melatonin is a natural sleep hormone, but what many don’t know is that is helps repair brain tissue as well. It can even reverse brain damage and it helps you sleep better. If you’ve been suffering from depression for a while, this supplement would be a fantastic thing to take. It is best in combination with lemon balm, which has anti-inflammatory properties. That’s a great one for depression.

Pharma GABA supports neurotransmitters in the sense of regulating their release. It relaxes the central nervous system. More specifically, it acts on the GABA receptors, which are underactive in people with depression. There are some other natural options like EPA and DHA, which are also good for the nervous system. Any B-complex vitamin would provide great support.

People who are depressed often have a deficiency of magnesium, an essential mineral that supports the health of your nervous system. It should be on your list. Magnesium can be consumed orally, or it can be absorbed through the skin via magnesium sprays or magnesium body or foot baths. The skin is said to be the better absorber of magnesium as our guts generally don’t do well at absorbing all the magnesium.

Foods like any sort of animal products such as dairy, eggs, meat and seafood should be avoided. Also, try to avoid white bread and gluten, as well as processed/junk foods. These foods are bad for depression because they are highly acidic, feed viruses that feed off heavy metals, and throw off gut flora balance. It is also a good idea to avoid alcohol as much as possible, as it causes a pickling effect on the liver. These foods and beverages are also an issue due to them being highly acidic for the body.

Acidic means with low pH (under 7). Foods and beverages that are above 7 are alkaline, which is what you should be aiming for. Alkaline, not acidic foods (except acidic fruits and veg) should dominate our diets, because they contribute to healthy balance in the digestive system and keep our cells healthy. Often, acidic foods dominate, and depression is just one problem this can cause.

As you recover, your depressive symptoms will begin to fade. You won’t be as sensitive to mold and chemicals anymore. The sheer multitude of depressive symptoms can cause pain and confusion if they are not treated. Thus it is really import to switch to a healthy diet. Without one, your body can’t heal properly. 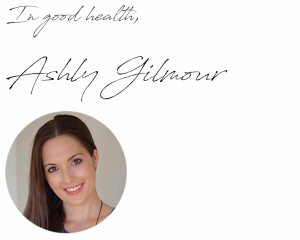