Abandonment trauma begins in early childhood, developing into an abandonment schema. In essence, this is a feeling that those close to you will leave you, and you will be left all alone.

In psychology, the concept of schema is a fixed pattern of thought and behavior. You could also describe it as a mental structure of preconceived notions, a system of organizing and perceiving new information, or a framework representing some aspect of the world. In therapy, a schema specifically refers to maladaptive patterns stemming from early childhood, defined as self-defeating patterns of emotion, perception, and physical experience.

Frequently, schemas take the form of a belief about yourself or the world. People with abandonment schemas can be overly emotional and sensitive. They have certain “emotional triggers” or buttons about their value as perceived by other people. In turn, this makes them feel insecure in their interpersonal relationships.

Schemas develop if a person’s basic emotional needs are not met in childhood, as do coping styles and modes. Basic needs include autonomy, connection, flow, and reciprocity. Sometimes, trauma is inflicted when the person is a baby crying in their cot with no one to attend to them. Unwittingly, she will embrace the belief that the people that were meant to be there for her to love her and care for her couldn’t be relied on. This conviction may or may not be grounded in fact – maybe the parents were just busy at that point – but the person will carry this trauma on a cellular level into adulthood with the associated beliefs. Of course, the originating trauma could have actually been abandonment – parents got divorced, disappeared, or one of them or both passed away. Perhaps a person who was a mother or father figure to the child passed away.

The causes of the trauma can vary, but the outcome is always the same. A child with unmet needs related to connection develops abandonment schema. Abandonment begins in the first years of life, before we even have the words to describe what is happening to us. This is why there may be no thoughts connected to the actual experience even in adulthood. If a person tries to talk about their feelings of abandonment, it’s usually limited to “I’m all alone” or something along those lines. This trauma is incredibly powerful because it dates from a very early age. These people react like children to even very brief separations.

The Schema in Adulthood

In adulthood, the abandonment schema is mostly reflected in relationships with partners. In groups and friendships, it may not be apparent. Separa­tions from a loved one are the strongest trigger. To be activated, they don’t have to be physical or even real. Perhaps your partner acts distant, distracted, bored, or more attentive to someone else for a brief period, or suggests separate activities or pastimes. Even a slight hint of impending disconnection can trigger feelings of desolateness and misery.

Abandonment can come from having lived (as a child) either in an environment that was too secure and overprotected or one that was emotionally unstable. When it comes from instability, we had an emotional connection that was abruptly lost. We can’t stand being apart from the people we love because of how terrible we feel without them. It is an issue of feeling connected to the rest of the world. When the connection is lost, we are thrown into an abyss.

We need the presence of another person to feel soothed. This differs from abandonment based upon dependence, where we were overprotected as children. In this case, we are functionally dependent. We are looking for help, direction, and guidance. In the case of emotional instability, we are looking for love, nurturance, and an emotional connection. Of course, there are cases of overlap and we are both functionally and emotionally dependent.

Dependent people often have a number of “backup” options in case they are abandoned. For example, they’ll have several romantic relationships on the side. They have someone immediately available to take their ex’s place or they are quick to find someone new, thereby forming another dependent relationship. Abandonment is a self-fulfilling prophesy as dependent people tend to drive those close to them away with their clinginess and insecurity.

Dependent people are incapable of being alone. To them, being alone and being lonely are one and the same thing. They can also be very good at finding someone to take care of them. They jump from one person to another with little time in between.

On the other hand, people who are afraid of emotional abandon­ment can be alone for extended periods of time. They will withdraw from close relationships out of pain and out of fear of being hurt again. They have faced loneliness as children and it doesn’t worry them. What devastates them is the process of loss. They effectively relive that loss constantly in a hapless attempt to escape it. They rarely realize this and live in fear of losing a connection they ultimately never forged.

The Origins of Abandonment

When we discuss the origins of the abandonment schema or part of it, we tend to focus mainly on aspects of the child’s environment. Much has been written about family environments characterized by abuse, drug use, neglect, etc. These are obvious contributing factors. Factors like heredity are less obvious because we don’t know as much about the role of biology in determining our long-term emotional patterns. It is believed that heredity leaves its mark in terms of personality, more specifically the features we show, which in turn affects how children are treated and how they respond to that treatment.

Experts can’t always determine how a child’s temperament – the traits he or she expresses – influences the development of specific schema, with the abandonment schema being an exception to this rule of thumb.

Researchers who have studied infants note that some react much more intensely to separation than others, which indicates people can be born with a biologi­cal predisposition to develop abandonment schema. The way people respond to separation from a caregiver seems at least partly innate. Separation from the mother is a key component of an infant’s life. In the animal world, infants are fully dependent on their mothers for survival. Infants that lose their mother usually die. Infants are born prepared to behave in ways aimed at preventing separations from their mothers. This is why they cry when they’re left alone among other signs of distress. This is an infant’s “protest” in the words of the famous John Bowlby.

People with abandonment schema rarely enjoy peace and quiet in their romantic relationships. They experience the relationship as being on the verge of disaster permanently, and it feels like a roller coaster ride. Severe schema can make even minor disruptions feel disastrous. These people feel they would descend into an abyss if their connection to their loved one were lost. Some people cope by completely avoiding intimate relationships, opting to remain alone forever.

You might have difficulty tolerating any withdrawal in a relationship. You are concerned about even relatively minor changes, exaggerating the possibility of the relationship’s ending. The schema often causes jealousy and possessiveness. People will “make up and break up” over and over. Cling­ing reinforces the notion of losing your loved one and keeps the possibility of abandonment alive.

Going into the more practical aspect of it – how to recognize warning signs? People with the schema are attracted to people with some abandonment potential, like a self-fulfilling prophesy. This includes the following situations:

It becomes evident that the person on the receiving end of this behavior is not looking for a partner who is able to give hope of a stable relation­ship. Instead, they are seeking out partners who present a mixture of doubt and hope. They feel as if they might be able to win the person for good, or at least get them to relate in a more stable way.

They are drawn to partners who show some degree of connection and commit­ment, but not so much that one can be absolutely certain they will stay. An unstable romantic relationship feels familiar, even comfortable, because it’s what people with schema have come to know so well. Instability is a rush, generating a steady flow of chemistry. Love remains passionate. Choosing partners who are not really available ensures that the person will continue to relive their childhood abandonment.

Upon finding a stable partner, there are still pitfalls to avoid. People with abandonment schema might avoid intimate relationships with reliable partners. Again, this is because they are afraid of losing them and getting hurt.

Below are some more common pitfalls:

You may be in a stable, healthy relationship, but you don’t experience it as such. This is another abandonment trap—behavior that pushes people away. Sometimes minor arguments escalate to such a degree that they threaten to put an end to the relation­ship. People with schemas are prone to exaggerating the meaning of fights or separations. When their partner goes on a business trip, it’s a disaster. It is a paradox – clinging to people with one hand and pushing them away with the other.

Anything that breaks the connection with a significant other—an argument, momentary separation, a mood swing, or the mention of someone who incites jealousy – merits a severe, adverse emotional reaction. Your partner can’t always understand why you’re acting this way, particularly if he doesn’t have abandonment schema. It is a logical conclusion to draw that these effects are magnified in co-dependent relationships where both people have the schema. These are very common too. In fact, most co-dependent relationships are such precisely for this reason. Neither person feels good when they are alone. They feel depressed, anxious, or detached. They yearn for connection to the partner.

When a partner leaves, there is disconnection. This lasts until the person comes back. It is very hard to distract oneself from the feeling of abandonment, but it is possible. Spending more time with friends or coworkers can help. This is easier said than done though, and professional help is necessary in some cases, especially more severe, where panic attacks can accompany the feelings of isolation and loneliness.

The feeling of disconnection is always there for people with abandonment schema, more or less. It is in the background, lying in wait. The better you are at distracting yourself, the longer you can be alone, and vice versa – it takes very little time to go back to the loss and hurt if you’re bad at distraction.

An actual loss, such as breaking up with someone, is about as devastating as things can get. It is a confirmation of your deepest conviction – you will never find a stable connection no matter where you look. You might feel uneasy about starting a new relationship. Part of you expects to be abandoned again, and another part yearns for connection. Part of you wants the closeness, and another part is already angry in anticipation of unavoidable breakdown. 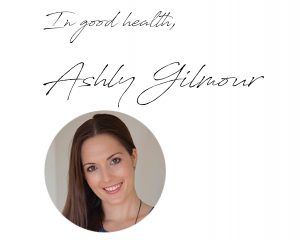 Please wait...
Want to be notified when our article is published? Enter your email address and name below to be the first to know.
Top Call Now Button